- August 02, 2013
The National Astronomical Observatory of Japan's Subaru Telescope (got all that?) is a telescope with some apparently whiz-bang telescope technology that allows it to take some really spectacularly detailed images.

I've always been fascinated by Andromeda, and not just because our galaxy is going to collide with it in 4.5 billion years, but because it's our nearest spiral galaxy (there are lots of dwarf galaxies that are closer) and it's easy to get the sense that we have some neighbors there who aren't unlike ourselves.

But the scale is just impossible for the human mind to even fathom. Andromeda lies 14,696,563,432,959,020,000 miles from Earth. Yes... you didn't attempt to say that number. It also contains more than double the number of stars estimated to be in the Milky Way – around a trillion.

When you first blow up the picture, it seems like you're looking at a cloud of dust. Only on close inspection does it sink in that you're looking at billions and billions of stars. And then to imagine that billions of them could be hosts to planets, and it's hard to think we're alone in the universe. It's similar to the effect that Stephane Guisard's zoomable photo of the galactic center has, though given the vast distance involved there isn't as much detail in the Andromeda pic. Still... awe inspiring, without a doubt.

Click the image to go to the massive full-sized version: 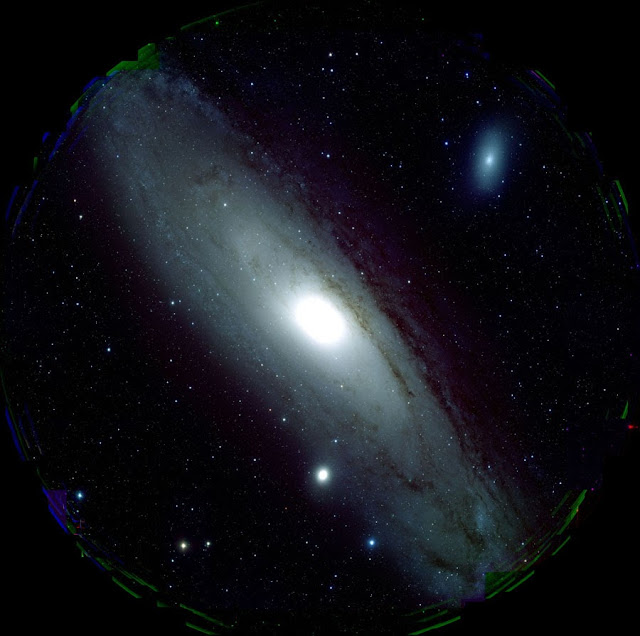 Also, the telescope that took this picture is 870-megapixels, which it turns out is way more than the totally sweet digital camera I recently bought.