Showing posts from December, 2013
Show all

- December 30, 2013
Being a personal trainer, January is the busiest month of the year for me – at least in terms of marketing and leads. I'm in the midst of helping my lovely fiance plan our wedding, and I'm going to be moving this month. For my own part, I've been making a better effort to manage my time more efficiently and get more intensive guitar practicing in every day. I really enjoy blogging, especially here and stirring the pot at various Christian blogs, but for one little problem: I'm way too easy to bait into a debate. Even though I'm generally about as easy-going and non-confrontational as they come, I do get a kick out of a spirited discussion about philosophy, religion, science, or whatever else. But participating in those things creates a nasty little side effect: my time disappears. I'll be typing up some big long response to some religious person, and before I know it an hour has disappeared. Or two. Whatever. It's like playing Civilization – you keep think
Post a Comment
Read more...

I have to confess that when I first came across Randal Rauser's claim that testimony is properly basic , my gut reaction was that it was one of the most ridiculous apologetic arguments I'd ever heard. Surely, I thought, he cannot actually be arguing what I think he is. Surely there is some sophisticated aspect to the argument I'm overlooking or failing to properly comprehend.  Recently the debate was rekindled after I pointed out the research which shows eyewitness testimony to be of fairly dubious reliability . Spurred by the debate, I decided to revisit Randal's original post and see what I might have overlooked. Is it really as stupid an argument as I think it is, or am I totally failing to comprehend an incisive philosophical argument that helps substantiate (among other things) the Resurrection of Christ and modern-day miracles? In fairness to Randal, I'll reprint his summary of his original argument: It is true that you can think of testimony as evidence
Post a Comment
Read more...

The spirit of Christmas 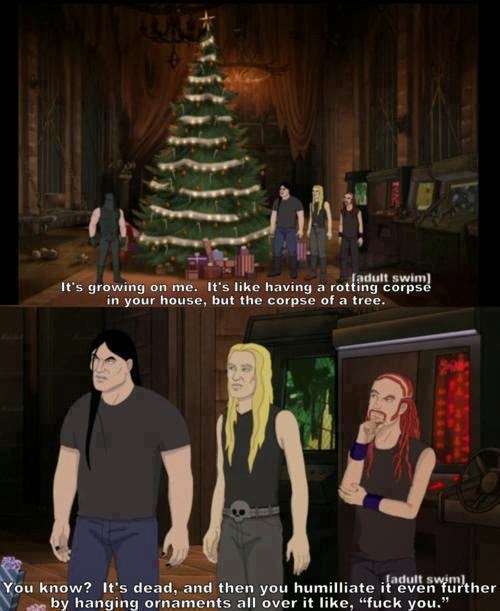 Even though I'm an atheist, I celebrate Christmas with my family. I mean, why not? Christmas itself is the descendent of the Winter Solstice festivals of Germanic pagans, so it's not like one religion has a claim on it. I know I'm not alone either – many non-believers still like to celebrate family, friends, and the spirit of giving. If anything bugs me, it's not so much the rampant consumerism or even the occasionally overwhelming obligation to see lots of extended family that you may or may not actually like. Hell, those of us who have such obligations ought to count ourselves lucky given how many people are alone on the holidays. No, what bugs me is the spirit of bitterness and self-righteousness that comes from certain religious conservative every year, as reliable a showing as the day-after-Christmas-megaturd. You can't throw a rock at a conservative without hitting some rant about how there's a "war on Christmas", and some people have the aud
Post a Comment
Read more... 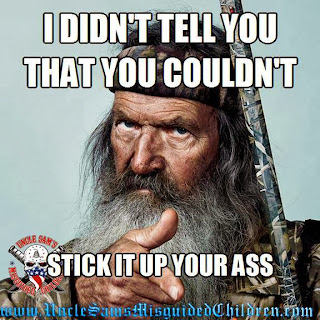 In case you haven't heard by now, Phil Roberston of the hit show (for some reason) Duck Dynasty was suspended from the show by parent network A&E following some anti-gay comments that he made in an interview with GQ : “It seems like, to me, a vagina — as a man — would be more desirable than a man’s anus. That’s just me. I’m just thinking: There’s more there! She’s got more to offer. I mean, come on, dudes! You know what I’m saying? But hey, sin: It’s not logical, my man. It’s just not logical.” … “Start with homosexual behavior and just morph out from there. Bestiality, sleeping around with this woman and that woman and that woman and those men,” he says. Then he paraphrases Corinthians: “Don’t be deceived. Neither the adulterers, the idolaters, the male prostitutes, the homosexual offenders, the greedy, the drunkards, the slanderers, the swindlers — they won’t inherit the kingdom of God. Don’t deceive yourself. It’s not right.” Alright, so at the very leas
Post a Comment
Read more... 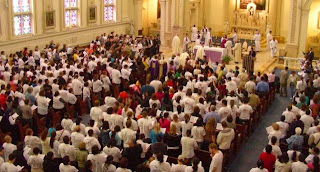 I'm happy to say that despite the fussing of the religious majority, a new Harris poll shows that religious belief in the US continues to decline – and decline quite steeply.  Among the highlights: Atheism and agnosticism are up 7% and 4%, respectively. It's worth noting that the poll does not use the term "atheist", but "belief there is no God". They're synonymous of course, but oddly enough there are people who do not believe in God but who reject the "atheist" label, as indicated by other polls which show the atheist population to be much lower.  Youth correlates with non-belief, and the youngest generation is 19% less likely to believe in God than our elderly generation. Predictably, republicans are more religious than democrats Only 29% of Americans believe God controls what happens on Earth Less than half of Americans believe the Bible is "all or mostly" the word of God, which is more than a bit ironic considering that s
Post a Comment
Read more...

- December 18, 2013
I originally started The A-Unicornist – well, actually it was originally called The Apostasy – as more of a personal sort of thing. Since I was a wee lad, I've found that writing is great way to help myself organize my own thoughts, work through difficult emotions, or think more critically. Over the years as this blog gained a steady readership, it sort of took on a life of its own. I thoroughly enjoy the many debates and discussions I've had over the years, despite how exasperating I've occasionally found some religious apologists. But hey , I tell myself, I used to be that guy, too . My blog writing also to some extent represents my own path in life. And, truth be told, things change. I was looking back at the archives this year, and my post count is way down from last year – although ironically, I hit record numbers of viewers this year. But as I've mentioned recently, my motivation for engaging religious apologists is pretty well sapped. Not gone, as there are
Post a Comment
Read more...

- December 16, 2013
So I got this in my mailbox this evening. I first received a friend request from this person, who is apparently a young kid. I deleted it, thinking "Who the fuck is this kid and why does he want to be my friend?" Anyway: Hello, Mike, how are you? My name is Giuseppe and I'm typing from Brazil, so I apologize for any mistake I may commit in this text. Anyway, I would like to suggest you some reasons why the gospels are good and reliable historical sources, indicating the actual existence of Jesus. There are five reasons to believe so: 1. There was insufficient time for legendary influences to expunge the hardcore of historical facts.     Sometimes people will say: "How can you know anything that happened two thousand years ago". What they failed to understand is that the crucial time gap is not the gap between the evidence and today; rather, what is important is the gap between the evidence and the events that the evidence is about. If the gap betwee
Post a Comment
Read more...

- December 02, 2013
This past July, Vanessa and I visited my brother and his wife in lovely Pasadena, CA. We spent an afternoon in the Norton Simon Museum, a fantastic art museum just a short drive from my brother's house. The museum houses ancient Asian art, European art from the 14th to 19th centuries, and modern art. We were quite amazed by the primitive but beautiful sculptures from ancient India and Asia, often religious in nature and impressive in their detail. The huge tapestries and paintings of Europe dazzled us with their complexity and beauty. Then, there was a modern art exhibit. I forget the name of it, but it was a temporary exhibit celebrating a few modern artists. One of the items on display was a roughly square-shaped piece of smooth marble with a cylindrical hole drilled through it. That's it. The description detailed the artist's epiphany over her celebration of 'space' or 'emptiness' or some such nonsense. We saw a few such exhibits, rolled our eyes, and m
Post a Comment
Read more...
More posts