Showing posts from January, 2014
Show all

Once upon a time, I thought a Facebook page would be a cool way to attract new readers to the blog and help people keep up with new posts. Facebook has been integrating some new strategies to help monetize pages. First, for a fee, they'll promote your page so that you can get more 'likes'. I don't think there's anything wrong with that – it's just basic advertising. But then they do something sneaky. Once you've got all those 'likes', you can expect posts to engage, based on my experience managing several pages (including the page for my personal training business) roughly 10-15% of that audience. And by "engage", I mean that your posts actually show up in people's news feeds. If you want to engage your full audience – y'know, all the people that you paid to advertise to and who decided your page was interesting enough to follow – you have to pay Facebook again. Every time I post something to the A-Unicornist page, I'm prom
Post a Comment
Read more...

Is there new evidence we live in a holographic universe? Don't get too excited.

- January 17, 2014
I know I'm a bit late commenting on this one, but there was a story floating around the interwebs a few weeks back claiming that there was new evidence that the universe is a holographic projection, bringing to mind (of course) one of the greatest modern metal albums in existence . My admittedly lazy investigation pinpoints a story from Nature.com as the source, which was parroted around by a variety of other websites. From the article: [Theoretical physicist Juan] Maldacena's idea thrilled physicists because it offered a way to put the popular but still unproven theory of strings on solid footing — and because it solved apparent inconsistencies between quantum physics and Einstein's theory of gravity . It provided physicists with a mathematical Rosetta stone, a 'duality', that allowed them to translate back and forth between the two languages, and solve problems in one model that seemed intractable in the other and vice versa (see ' Collaborative phys
Post a Comment
Read more... 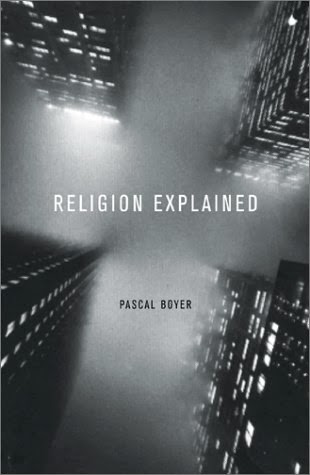 I spied a link today in which the venerable Neil deGrasse Tyson lists eight books " every intelligent person should read ". So I thought to myself, Hey, what's so great about this Neil deGrasse Tyson guy anyway? Then I snapped out of such foolishness, but still realized that I've read plenty of great books myself that have made me a more learned non-believer. I have a caveat though: I've excluded polemics, like the famous "new atheist" books The God Delusion (Dawkins), God is Not Great (Hitchens), or The End of Faith (Harris). I don't think there's anything wrong with polemics, and you can bet that those authors have a place in my library. But the truth is that honestly don't feel like I learned that much about atheism from polemics. My non-belief was influenced more by Stephen Hawking than by any new atheists, and my education on key issues related to atheism have come almost exclusively from books dedicated to science. It's my view
Post a Comment
Read more... 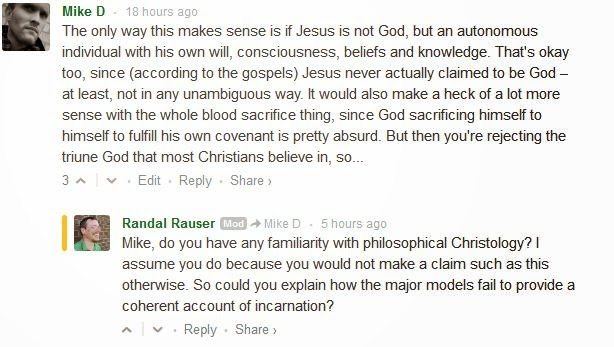 One of the most reliable hallmarks of debating with a theist is that sooner or later they're going to tell you to read some book or listen to some lecture or watch some film that, in their mind, fully supports their argument. It doesn't matter how well-read you are, because with many thousands if not millions of books arguing for a litany of theological views, there's always something out there that we haven't read. In years past I spent countless posts countering arguments used by apologists like William Lane Craig and Alvin Plantinga. Eventually I was told, by several theists, that those guys weren't the really sophisticated theologians; I needed to study Thomism via guys like Ed Feser. I did, and found it to be as much a waste of time as any other line of theological thought. My fault, I was told, for not reading more of it and understanding it properly. As long as you disagree, you can never be well-read enough. This evening, yet again, I was hit with this
Post a Comment
Read more... 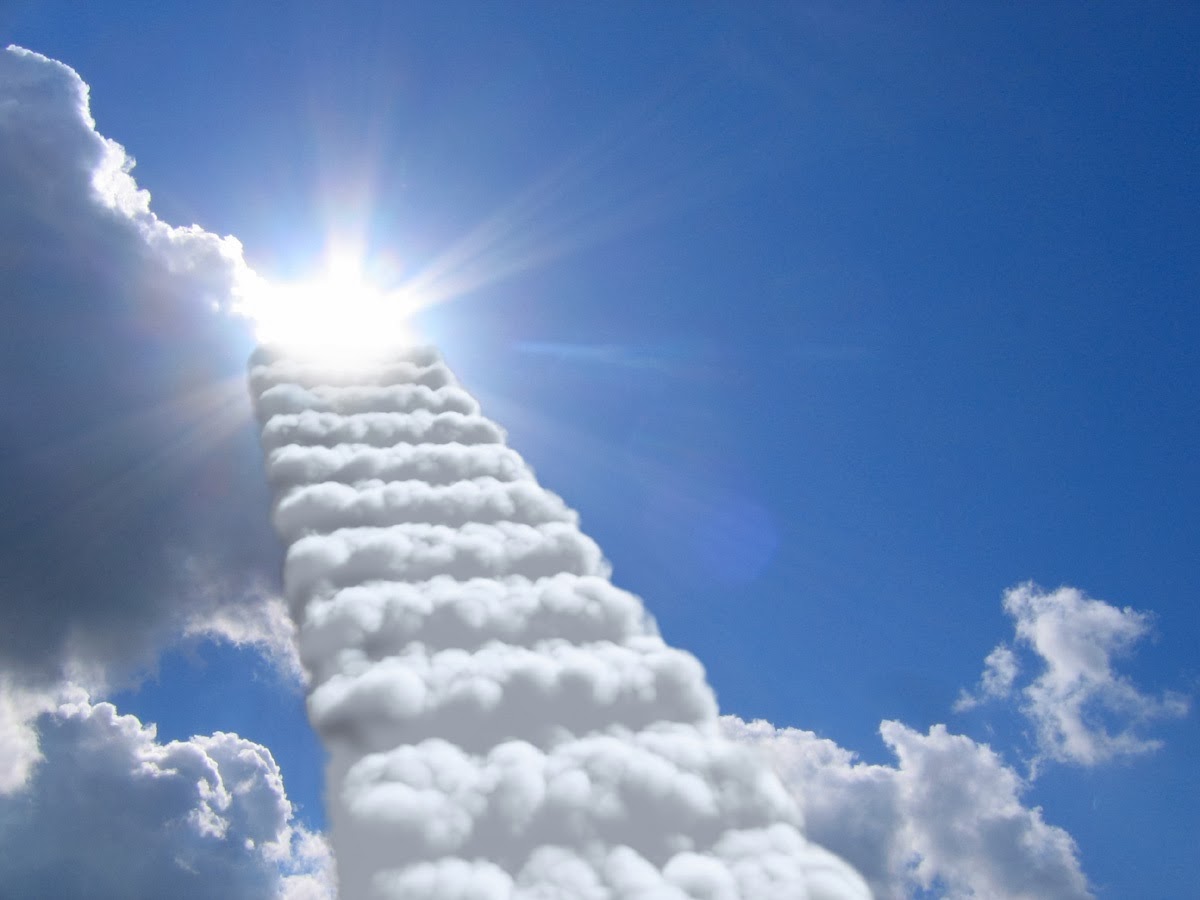 Some of you know that my hiatus is only a quasi-hiatus. Well, this week my fiance has been out of town and several of my clients have been sick, so I've had plenty of time to sit on my can at home. I've been chatting it up over on Randal's blog, and today I responded to a post of his on Heaven and I just wanted to re-post my comment here. One of the biggest problems with Christianity, as I see it, is that if you're not interested in what they're selling then they have nowhere to go. To me, the concept of Heaven is an incredibly incoherent, jumbled mess of a thing and there is nothing about it that appeals to me at all. In any case, my response to his thoughts on whether there will be deaf people in Heaven . To me, the paradoxes raised by even such an innocuous-sounding question illustrate very well the absurdity of Heaven: Why assume that the concept of "deaf" would even make sense in Heaven? Is there air in Heaven by which sound is transmitted? If
Post a Comment
Read more...
More posts