Do new atheists look down on philosophy?

- February 06, 2014
Massimo Pigliucci, who is both an academic philosopher and an atheist, hasn't pulled any punches in his criticism of "new atheists" (srsly, the term is getting pretty old, people) supposedly thinking philosophy is a waste of time and/or just being really totally ignorant of the vast annals of philosophical literature. He's ignited the criticism again recently, and it's resulted in an all out... wait for it... Twitter and blog war (oh my!) of epic proportions. 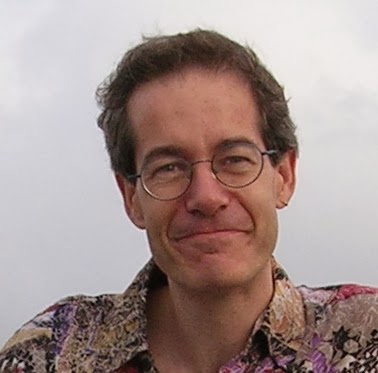 Other atheist philosophers who are friendlier with the "gnu" crowd, like Dan Dannett and A.C. Grayling, don't seem to indulge in the kind of fierce attacks on other people's intellectual credibility that Pigliucci does. So, what's got Massimo in such a tiff?


It's notable that I've recently been revisiting a book by George Lakoff called Philosophy of the Flesh, in which he basically says that pretty much all of Western philosophy is a farce. The problem is that traditionally, philosophers have believed they can understand both the mind and our external reality  through rational introspection – that thinking about ourselves and the world is a way to attain knowledge of those things. But while Lakoff may or may not be as successful in establishing a new, empirically-conscientious philosophy, one things for sure: he nails the problem square on the head.

The problem is that, as cognitive scientists have discovered, the overwhelming majority of our process of reasoning occurs subconsciously. In other words, you don't have access to your own mind. We can speak in analogies and metaphors, but that's about it. From chapter 2 of Philosophy of the Flesh:


For the most part, philosophers engaged in making metaphysical claims are choosing from the cognitive unconscious a set of existing metaphors that have a consistent ontology. That is, using unconscious everyday metaphors, philosophers seek to make a noncontradictory choice of conceptual entities defined by those metaphors; they then take those entities to be real and systematically draw out the implications of that choice in an attempt to account for our experience using that metaphysics.

Then you have the problem of knowing things about the external world without actually looking at it – what's known as a priori knowledge. This type of reasoning is inherently problematic because, as Lakoff is pointing out, you simply start from a set of axioms and extrapolate their logical consequences. The problem is that this type of reasoning cannot tell you which set of axioms actually corresponds with reality. In order for that to happen, you actually have to look at the world. This is precisely the reasoning behind Stephen Hawking's idea of model-dependent realism. We don't have access to some absolute truth or reality; all we can do is construct models that agree with observation with varying degrees of reliability.

I'm going to go out on a bit of a limb and speculate that for most of the new atheists with whom the Pigliuccis of the world are picking fights, this stuff is relatively uncontroversial. But I think Pigliucci, like most philosophically-inclined individuals who criticize more scientifically-inclined atheists, is fighting a straw man. Most atheists, in my estimation, would agree that philosophy is useful for framing questions – it's just not very useful for answering them. Take for example this excerpt from a guest entry on Jerry Coyne's blog:


I’ll mention two things here that relate to philosophy of science in particular.

First, there’s conceptual clarification. Some ideas in science are difficult and complex, and philosophers have often contributed to the elucidation of the implications and assumptions underlying our ideas. Philosophers, qua philosophers, do not contribute empirical data, but by helping to clarify our ideas they help us think more clearly about our data and the world. Work by the late David Hull on species, and by Elliott Sober on the nature of selection are two examples that spring immediately to mind.

Second, understanding scientific methodology, and how/why it works, is a branch of epistemology– the study of how we know things. I found reflection on scientific methods, and what they imply about the nature of science, indispensable in my own development as a scientist (something I began thinking about in grad school). The understandings I achieved then, and their development over time, have been at the core of my nearly twenty years of teaching general education students about the nature of science, how we can evaluate claims about the world, and what claims can be said to be more or less reliable.


I agree that these are good uses for philosophy: they help us work out the consequences of certain axioms and frame questions in a meaningful way. Stephen Hawking's concept of model-dependent realism, for example, is indeed a philosophical concept despite his proclamation that "philosophy is dead". But it's a conceptualization of how we ought to form questions, not an attempt to establish ontological truths about reality through rational introspection. And I think much of the resistance from atheists toward philosophy comes from the fact that many theists seem to reject the idea that you have to look at the world to know anything about it – they think that God's existence can be inferred based upon some sort of a priori 'truth'. Where modern atheists and skeptics reject the utility of philosophy is in making ontic claims about our minds or our external reality. Centuries of philosophy have simply never taught us anything in that regard, because as Lakoff so incisively demonstrates, it can't.