- February 21, 2014
William Lane Craig is an experienced debater and a skilled rhetorician – that much is not in doubt. Whether you think he's a capable philosopher skillfully undermining the case for atheism or a glorified Christian apologist polishing tired and ineffectual arguments with a new sheen of obfuscatory rhetorical bullshit is likely a matter of where you sit on the fence with your own religious beliefs.

Craig's opponents over the years have ranged from the rhetorically skilled and intellectually incisive to the blundering and confused, and I'm confident that tonight he'll be facing one of the former: Caltech physicist Sean Carroll. Often, Craig gains an edge over his opponents by knowing enough science to appear authoritative, which confuses philosophers (as was the case recently with Alex Rosenberg); or, he gains a rhetorical advantage over scientists with his rich vocabulary of philosophy. Carroll, however, is a scientist well-schooled in philosophy. Better still, Carroll is an outstanding educator, one who is capable of explaining complex concepts in layperson's terms while Craig seems to more often than not delight in the ambiguities of esoteric philosophical rhetoric. 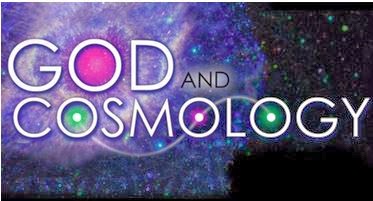 And yet, I think this "debate", if we can even call it that, will be mostly a dud.

The reason is the format: 20-minute opening presentations, followed by 12- and 8-minute rebuttals, and finished with 40 minutes of audience questions. Conspicuously absent is any sort of conversational format or cross-examination. Craig favors tonight's rigid format, and if one watches his cross-examination with Shelly Kagan or Stephen Law, it's not hard to see why: without the formality of uninterrupted stumping that allows Craig a sort of Gish Gallop approach to his debates, he's left struggling to keep pace with the his opponent and he loses his greatest advantage: his rhetorical flair.

The formal academic style Craig favors is problematic, for several reasons. Firstly, the audience has the burden of keeping tracking of 40 total minutes of uninterrupted stumping from each speaker. It simply humanly impossible for anyone to track all the minutiae of the various arguments and rebuttals each speaker is trying to cram into their allotted time.

Secondly, both interlocutors have the goal not just of rebutting one another's arguments, but of establishing their own case – Craig, for Christian theism, and Carroll in this case, has stated that he wants to "make the case for naturalism". That means that the two debaters will spend a significant amount of time operating from different assumptions and simply talking past one another – as the comedian Tim Minchin said, like trying to score well-executed shots from opposite ends of separate tennis courts.

And finally, and worst of all, the debaters themselves have an extremely difficult time keeping track of all the arguments (including supportive sub-arguments) made over the course of the debate. The result is that by the end of the 2-hour debate, numerous conversational threads are left dangling and relevant concepts are only cursorily explored.

I'm sure Sean Carroll will be as entertaining and informative to listen to as he always is, and I'm sure Craig will be as exasperating and vacuous as he always is. But I'm not naive enough to expect anything like a conversation, or to hear anything from either speaker that I haven't already heard a hundred times.