The darker angels of our nature

Simon-Baron Cohen's outstanding book The Science of Evil begins with an unsettling account of the Nazi's ruthless efficiency, turning humans into slave laborers and, in some cases, into a variety of household products. The question, Cohen explains, is how humans can turn other humans into objects – to completely strip ourselves of empathy toward their suffering and view them as products, as bags of meat.

Bags of meat. When I watch this short silent clip from the documentary Samsara, I sense the same sort of erosion of empathy. Don't worry, the clip is not graphic, at least not in the sense of being violent or bloody:

I watch this and see an unsettling reason why, if we don't simply start going vegetarian entirely, we should be reducing our dependence on animal products and – when we do consume them – buying local, grass-fed and organic meats and animal products. They don't show the slaughter in this video, and it's not the cold efficiency of the slaughter that bothers me; it's the cold detachment from the suffering of animals. The pigs nursing their young was for me the most heartbreaking to watch, and it's all the more heartbreaking knowing the "lives" that await those piglets. 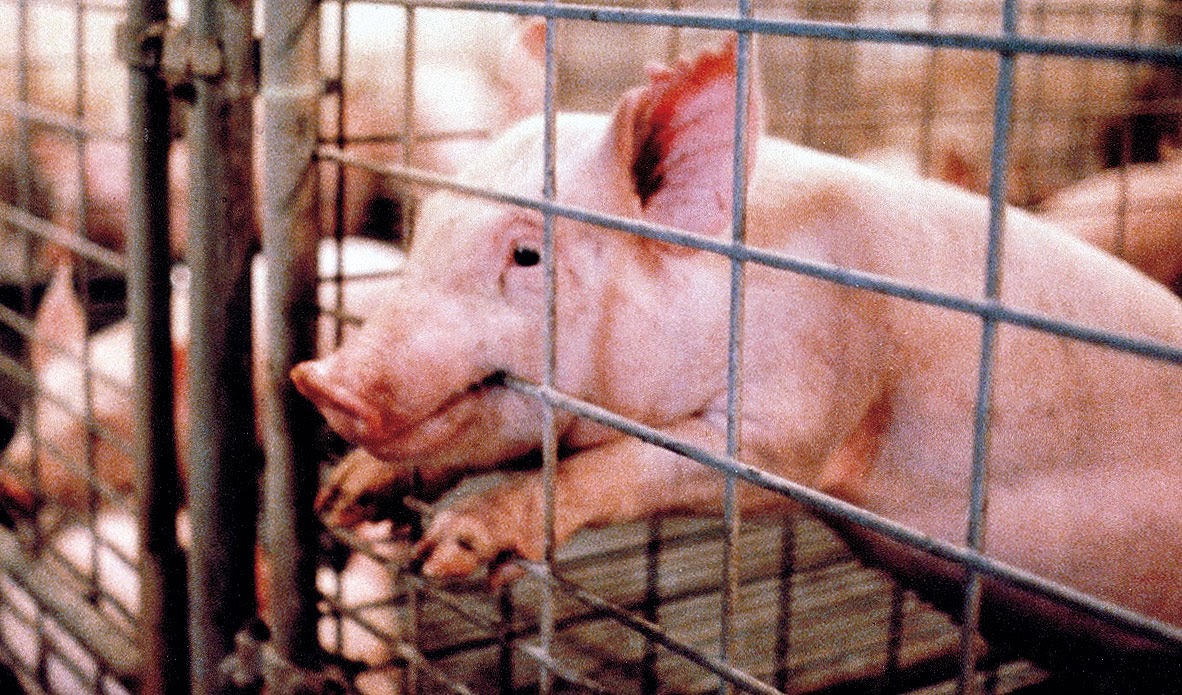 I can't help but wonder if in a hundred years we will look back on factory farming as a holocaust of the late 20th and early 21st centuries. The more we have learned about the cognition of animals, the more we've learned that they are not dumb creatures acting purely on "instinct", but intelligent creatures with a broad range of cognitive and emotional experiences. And while we may tell ourselves that factory-raised animals aren't having existential crises or yearning to be free, the truth is that humans raised in identical conditions would not be yearning to be free either – they simply wouldn't know any other reality.

So, what can we do? The seemingly obvious answer is to go vegan. But for many (including myself), that's not a practical or desirable choice – though omnivores such as myself can make efforts to purchase more local and humanely raised meat, such as those labeled through the Certified Humane program. Labels like "organic" or "cage-free" may be a marginal improvement, but many of those labels are trivial.

But the darker reality is that since animals are used not just for meat but for hundreds and hundreds of various consumer products, all the vegan activism and humane-treatment certifications in the world will never be enough to significantly erode the use of factory farms. Even the most conscientious consumers will have difficulty eliminating animal products from their lives. The solution must come as a society – we must actively work to erode the prevalence of factory farming by dramatically reducing our dependency on all animal products.

In The Better Angels of Our Nature, Steven Pinker argued that inter-human violence has declined, and that – perhaps counter-intuitively – we are living in the most peaceful era in human history. But while Pinker may be right, our systematic detachment from the suffering of animals through the indifferent efficiency of factory farming is an issue that has grown too salient to ignore – a darker angel of our nature whose shadow will loom as long as we choose to ignore the consequences of our dependency on animal products.