- February 10, 2014
Warning: George Lakoff's book Philosophy in the Flesh is probably going to be giving me ideas for posts for a while. Apologies if it gets annoying.


In the previous post, some conversation arose on the nature of God. Theists generally claim that God possesses clearly-defined ontic properties – most notably among them (for this post) conscious thought. God, as William Lane Craig would be quick to tell you, is a "disembodied mind".

One of the bizarre paradoxes of consciousness is that we are not aware of our own process of reasoning. Lakoff illustrates this early on in his book:


Consider, for example, all that is going on below the level of conscious awareness when you are in a conversation. Here is only a small part of what you are doing, second by second:

Accessing memories relevant to what is being said

Comprehending a stream of sound as being language, dividing it into distinctive phonetic features and segments, identifying phonemes, and grouping them into morphemes

Picking out words and giving them meanings appropriate to context

Making semantic and pragmatic sense of the sentences as a whole

Framing what is said in terms relevant to the discussion

Performing inferences relevant to what is being discussed

Constructing mental images where relevant and inspecting them

Filling in gaps in the discourse

Anticipating where the conversation is going

Planning what to say in response 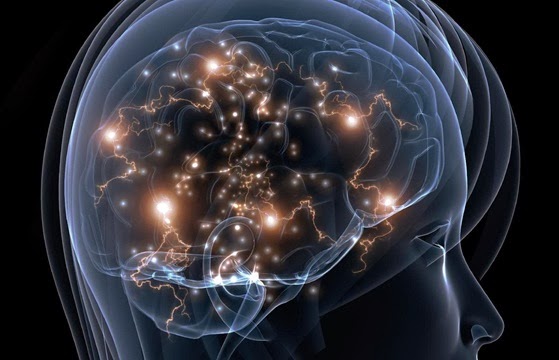 This is precisely where the difficulty lies in envisioning God as a disembodied mind. First of all, we've never seen or studied a disembodied mind. All the minds we're aware of require this process of subconscious cognition arising from the brain to produce conscious awareness and linguistic meaning. But more to the point, if God is omniscient as he is generally conceived, then he must know his own mind. He must be consciously aware of what are, for us, subconscious processes that allow us to experience a coherent conscious experience. But how can this be? It's a paradox in terms.

If I had to play the devil's advocate (or the God advocate, as it were), perhaps I'd try to argue that God is not a disembodied mind, but a disembodied conscious mind that, somehow, does not need that underlying process of cognition at all. In fact that's really the only way to argue that God is a disembodied mind, because if God possesses a subconscious then he is by definition not aware of it (hence subconscious). But that ultimately just confuses the issue. What does it mean, after all, to talk about a "mind" if we have to toss out what we know about the mind and how it works?  If God is only consciousness and his mind is not governed by processes of which he is not aware, how is he able to experience linguistic meaning?

Part of what makes dualism "bulletproof" is that it can never be falsified. No matter how integral we find the connection between the brain and conscious experience in our Earthly bodes, dualists will always claim that it doesn't prove that the mind can't exist without the body. And in a purely trivial sense, that's true.

But that trivial truth also betrays the utter vacuity of dualism – it completely lacks any explanatory value whatsoever. Worse, it requires us to abandon our understanding of how the mind works and assume that not only can the mind exist independently of the brain, but that it operates by completely different rules entirely once it's disembodied.

Throw God into the picture, and we realize that we have to throw out even more rules because God, if he is omniscient, cannot have a subconscious mind at all. But what does it mean to have conscious awareness without a subconscious mind giving context and meaning to one's experience? And if God somehow has a subconscious (he's only conditionally omniscient, you silly atheist), what governs it if not the laws of physics that govern our own physical brains? Why assume it's anything like our own subconscious at all if it's completely detached from physical law?

I'm waiting for this to become the next branch of "sophisticated theology": gluing together the pieces of substance dualism with modern cognitive neuroscience and trying to fit God into the picture without throwing coherency out the window entirely. Let's not hold our breath.