Showing posts from March, 2014
Show all

- March 24, 2014
I skimmed the essays that Dan Dennett and Sam Harris wrote to each other (they were way too damn long), and something caught my eye in Harris' response to Dennett (emphasis mine): 2. You believe that determinism at the microscopic level (as in the case of Austin’s missing his putt) is irrelevant to the question of human freedom and responsibility. I agree that it is irrelevant for many things we care about ( it doesn’t obviate the distinction between voluntary and involuntary behavior, for instance ), but it isn’t irrelevant in the way you suggest. Provided we all agree that liberarian free will is bullshit, I don't see a meaningful distinction between the statements I did something by choice I did something voluntarily Aaaand, discuss.
Post a Comment
Read more...

Fred Phelps, founder of the Westboro Baptist Church, is dead

Fred Phelps was bottom-feeding scum, and the world has become a marginally better place with his death. If I mourn anything, it's a life that was wasted on bitter hatred and unwavering fundamentalism – a life bereft of the opportunity to share in peace and happiness with those who are different. I mourn for the pain he caused for so many others, be it the tyranny he held over his own family or the crass cruelty with which he hurled invectives at gay people and mourning families. But I will definitely shed no tears for his passing, nor will I have any sympathy for the life he chose of his own accord and the decisions for which he is solely responsible. Good riddance. Perhaps the most poignant commentary this morning came from Betty Bowers :
Post a Comment
Read more...

How not to argue on the internet

I've taken the last week or so off from blogging, deliberately so – I've needed to refocus on the web aspects of my business, and Vanessa and I have had quite a few family obligations of late. But I've still been perusing my favorite sites, which are mostly science-oriented blogs like Preposterous Universe , Bad Astronomy , and Neurologica but also includes a few religious oriented blogs on both sides of the pew (so to speak). In taking a step back and just reading and observing debates, I've picked up on some things that have been on my mind for a while. I've definitely been in the position where I felt that indulging too much in Disqus comment threads can bring out a side of myself I rather dislike, and I've been trying to be more conscientious about my behavior and think more carefully about the types of words I use. It's easy in discussions involving issues about which we feel very passionate to let our emotions get the better of us. I've come t
Post a Comment
Read more...

The Kalam Cosmological Argument: not even wrong 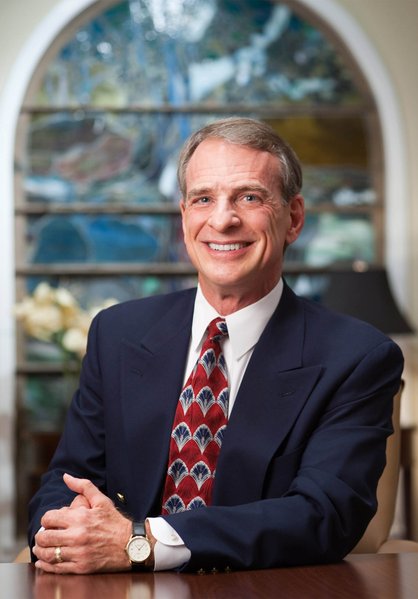 During the Craig/Carroll debate, one of my favorite arguments that Sean Carroll used against the Kalam Cosmological Argument's first premise is that it's not just wrong; it's not even wrong . The first premise is generally stated as: Everything that begins to exist has a cause for its existence ... but was re-stated by Craig in the debate as: If the universe began to exist, it has a transcendent cause for its existence I devoted a post to explaining why I think the new formulation isn't just bad, but one that actually betrays the central problem with the KCA . Carroll took a unique approach in saying that classical notions of causality aren't even relevant to cosmological models, where quantum theory comes heavily into play. That's a good approach, and one I endorse. But, I think that Carroll's statement that the Kalam is "not even wrong" can be applied in an even more simple context. Skeptics and theists alike are fond of squabbling o
Post a Comment
Read more...

"God and Cosmology" – thoughts on the Carroll/Craig debate

- March 03, 2014
After Sean Carroll posted the video of the debate on his blog, I finally got around to watching it. We all have our biases, but I've seen some of Craig's debates where I thought his opponent performed poorly or (more commonly) the two interlocutors simply spent two hours talking past one another. But this, I thought, was a clear and decisive victory for Sean Carroll. He presented a strong thesis that countered Craig's theistic viewpoint, and answered Craig's arguments directly and incisively. He repeatedly corrected Craig on cosmological issues (such as what the Borde-Guth-Vilenkin theorem actually says, which is something I have personally hammered home in the past ) and did a fantastic job tying in the esoteric discussion of science and philosophy with more everyday concerns of meaning and purpose. Craig, on the other hand, repeated irrelevant and rebutted arguments, often times repeating an argument without adding anything new or relevant even after Carroll had
Post a Comment
Read more...
More posts