- April 20, 2014
Easter's almost over, and it's been a busy day! But I have a few minutes to mention some important facts about our Lord and Savior Jesus Christ.


Most importantly though, there is absolutely zero evidence, nor any rational reason to believe, that the Bible was "divinely inspired" or that there is anything contained therein which could not have easily been written by the contemporaneous humans. There's absolutely no reason whatsoever to believe that the story of Christ's crucifixion and resurrection actually happened.

Hope you had a wonderful Easter, which of course is one of many holidays that Christians adapted from pagans. 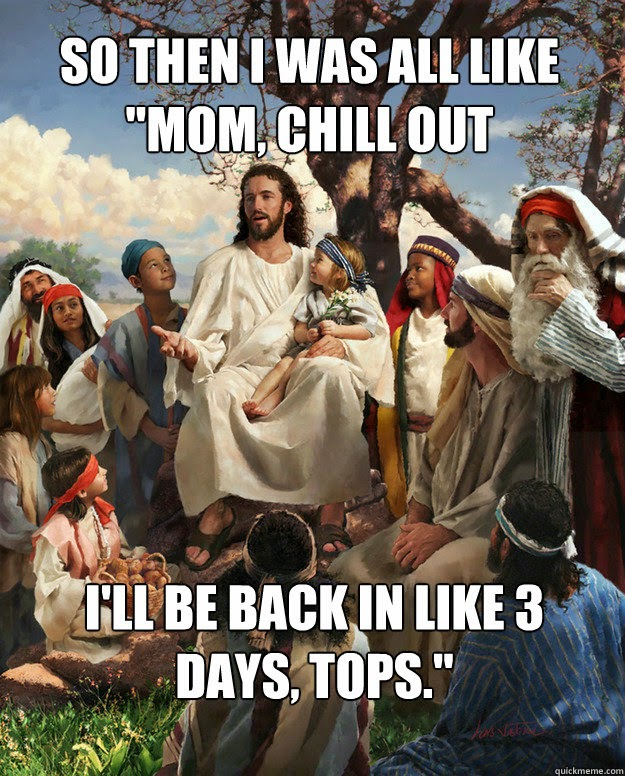