- July 30, 2014
There's a pretty thorough scientific body of evidence that a great deal of 'moral' behavior in humans can be explained by reciprocal altruism, and that's a point that even the most hard-nosed theist is generally hesitant to dispute. Reciprocity drives an incalculable range of human cooperation, and it's an essential component of social behavior given our obligatory interdependence. The 'Golden Rule' itself is a maxim of reciprocal altruism, essentially saying I will respect your needs and interests as I wish you to respect my own.

But is there such a thing as true altruism, behavior that has absolutely no selfish component whatsoever? I'm skeptical. I tried to think of the most extreme example of altruism, and I got a little help from Wikipedia: altruistic suicide. The example is a soldier who, in wartime, jumps on a grenade to save his comrades. Clearly, there can be no reciprocal benefit since the soldier is dead. But does this really defy explanation via reciprocal altruism? 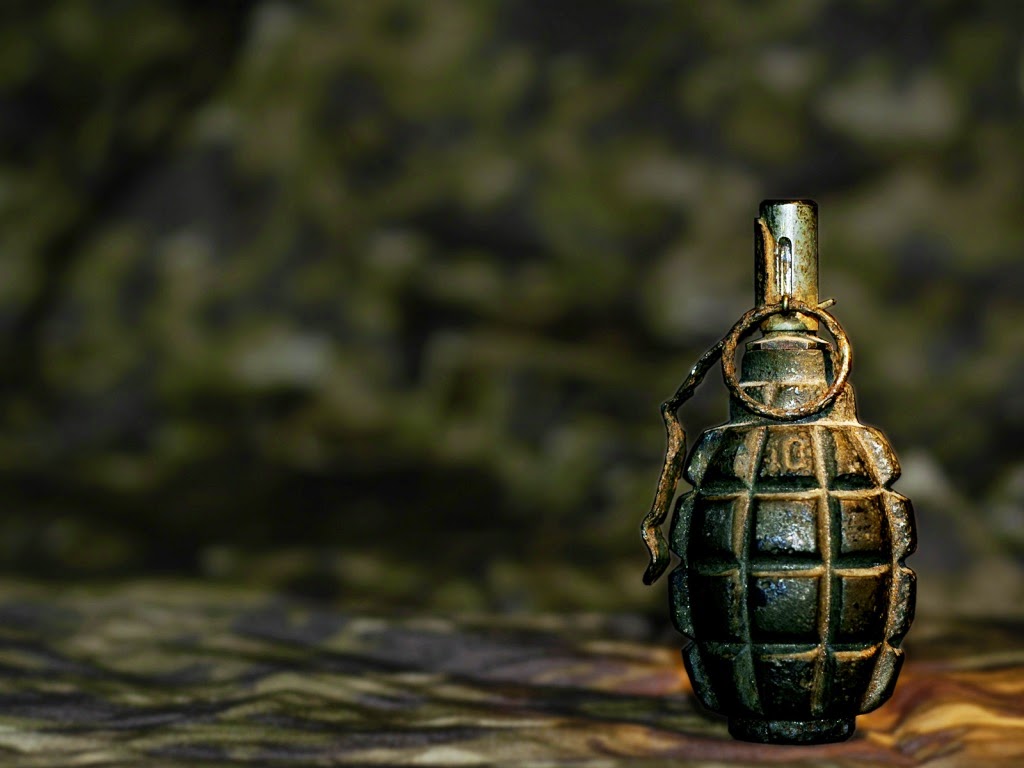 The key is to think not about the final act itself, where there is clearly no reciprocal benefit, but rather the benefits of being in a squad of soldiers who hold self-sacrifice as a virtue. Let's say that there are ten soldiers in such a squad, and you are one of them. If all ten soldiers are in combat, all else being equal, there's a one in ten chance that you will be the one who has to save everyone else by jumping on the grenade. But more importantly, there is a 90% chance that someone else will jump on the grenade, thus substantially increasing your likelihood of survival. Self-sacrifice is considered virtuous precisely because, on average, it increases the odds of everyone's survival. This clearly falls under the purview of reciprocal altruism, and indeed research indicates that self-sacrifice is more likely among strongly cohesive groups [1].

If a soldier gives in to cowardice and runs from the grenade, allowing it kill several of his comrades, it's likely that his survival will be short-lived or, at best, miserable. The reduced ranks of his company means that his odds of survival on the battlefield are now drastically lessened, in addition to the fact that any surviving comrades will almost certainly ostracize him or even kill him. If he makes it back, he'll spend the rest of his life shamed and, depending on the nation and the point in history, imprisoned or executed. A key aspect of a culture of honor that values self-sacrifice is that death is viewed as preferable to a life of shame and dishonor. And a virtue of self-sacrifice among soldiers that is not honored in combat is one that might as well not exist at all.

Still, it could reasonably asked why the soldier would not turn away at the last moment nonetheless. Even a marginal chance for survival beats certain death, and a life of shame is still more evolutionarily advantageous for that individual than the grave, if only marginally so. I think the answer is that the split-second decision to jump on the grenade is not rational. The virtue of self-sacrifice is deeply ingrained in the group, both fueled by and fostering strong in-group cohesion. Even if the concept that a virtue of self-sacrifice increases the likelihood of survival for all is not precisely articulated, it is intuitively understood that what is good for the group is, on average, good for the individual. When the moment comes, the soldier does not pause to ponder the possible consequences of his decision; he reacts swiftly and instinctively.

This comports with the explanation Richard Dawkins has given that some altruism may essentially be misdirected reciprocal behavior (misdirected in an evolutionary sense, not a moral one). The quintessential example is giving aid to impoverished people in Africa. Clearly, aside from a sense of pride in helping others, there is little if any obvious reciprocal benefit to be had. There are a couple of explanations here, however. One is that the idea that charitable acts is virtuous is itself a cultural norm, and that does indeed square with reciprocal altruism since any of us could easily find ourselves in a situation in which we needed others' help. A society in which charity is noble is indeed a better society for all. Given that, helping someone in Africa — even though the Africans likely cannot reciprocate — can be seen as a boon to one's social status, itself a strong evolutionary advantage.

But that can't explain all acts of charity — it seems incredibly cynical and almost certainly false that people are charitable only because of a subconscious desire to increase their social status, and even if it were true it wouldn't explain anonymous acts of charity. More likely, it may be the case that our innate empathy for other humans is simply being irrationally redirected. There's a reason why, for example, ads imploring for aid for African children don't monotonously list the ways that aid will help them; instead, the ads play somber music and show pictures of the children looking sad and helpless. If such charity were rational, the ads would appeal to our sense of reason and not our sense of empathy. The fact that an act is irrational doesn't preclude it from being rationalized, of course, just as the irrational self-sacrifice of a soldier can be rationalized as part of a larger framework of reciprocal altruism. If, for example, the majority of African nations could become technologically advanced players on the world stage, it would undoubtedly contribute incalculably to scientific research, global trade, tourism, and much more. A reciprocal component still exists within the larger framework of human flourishing, even if it's not readily obvious.

So, can truly selfless altruism exist? Within the narrow confines of the acts of individuals and the immediate consequences, it may appear so. But when we look at the cultural norms and social psychology that lead to such selflessness being viewed as virtuous, those sacrifices both small and large are undeniably part of a larger framework of reciprocity that is integral to the survival and well-being of all.