- September 17, 2014
I haven't had much time to write lately, and probably won't be able to do so for a little while — I'm getting married in just over six weeks, work is busy, there's a new puppy in the house... yeah. And as I'm prone to become periodically, I'm just burned out a bit and lacking inspiration for the topics I generally explore on this blog, and have even thought about closing the curtain on it. I think that'd be hasty, though — I'm sure my head will be clearer when I get back from the honeymoon.

Anyway, I wanted to do something different. You all know me as 'Mike D' or 'that guy who blogs at The A-Unicornist'. But I'm a pretty regular guy with a pretty regular life, and I thought I'd give you a peek into who I really am.

First of all, in case you missed it in the contact info, my last name is Doolittle. I work as a personal trainer, which I've been doing for ten years. I love it. I'm my own boss, make my own hours (to an extent, of course), and I'm fortunate to train some really dedicated, hard-working clients — some of whom have really turned their lives around. It's a fun, rewarding career and I'm really lucky to be where I am professionally.

Also, as I mentioned of course, I'm getting married. I met my fiance Vanessa at my previous personal training job. She came in for a one-off session on biomechanics, as she'd been doing some group classes and having some back pain in some of the exercises. We had chemistry right away, but I didn't figure I'd ever see her again. Later, I started doing a "stretch class" for free on Fridays, which she made a habit of attending. I wanted to ask her out, but didn't want to make the leap because she was a paying client. So naturally, when she came in one session and said it was her last day, I was pretty happy. The classes had a mediocre reception, but I had kept doing them because it was a chance to see her. Once we started dating she revealed that she kept coming to the classes because she'd have a chance to see me.

So here we are, a couple of years later, and we're getting hitched! We did our engagement photos recently, but in the absence of those hi-res and professional photos, here's one of us wearing goofy hats: 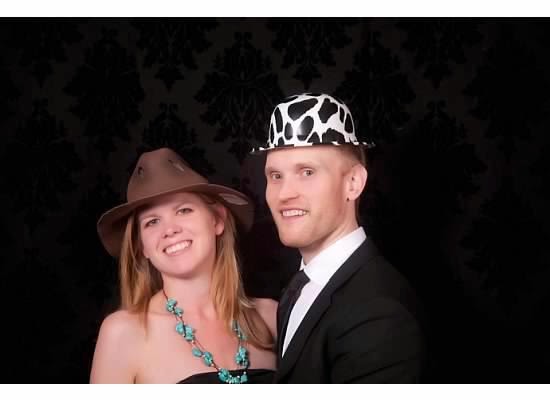 We live in a quiet neighborhood in Tulsa, where we have two 'kids' — one is my cat Alexi (named after the guitarist Alexi Laiho).... 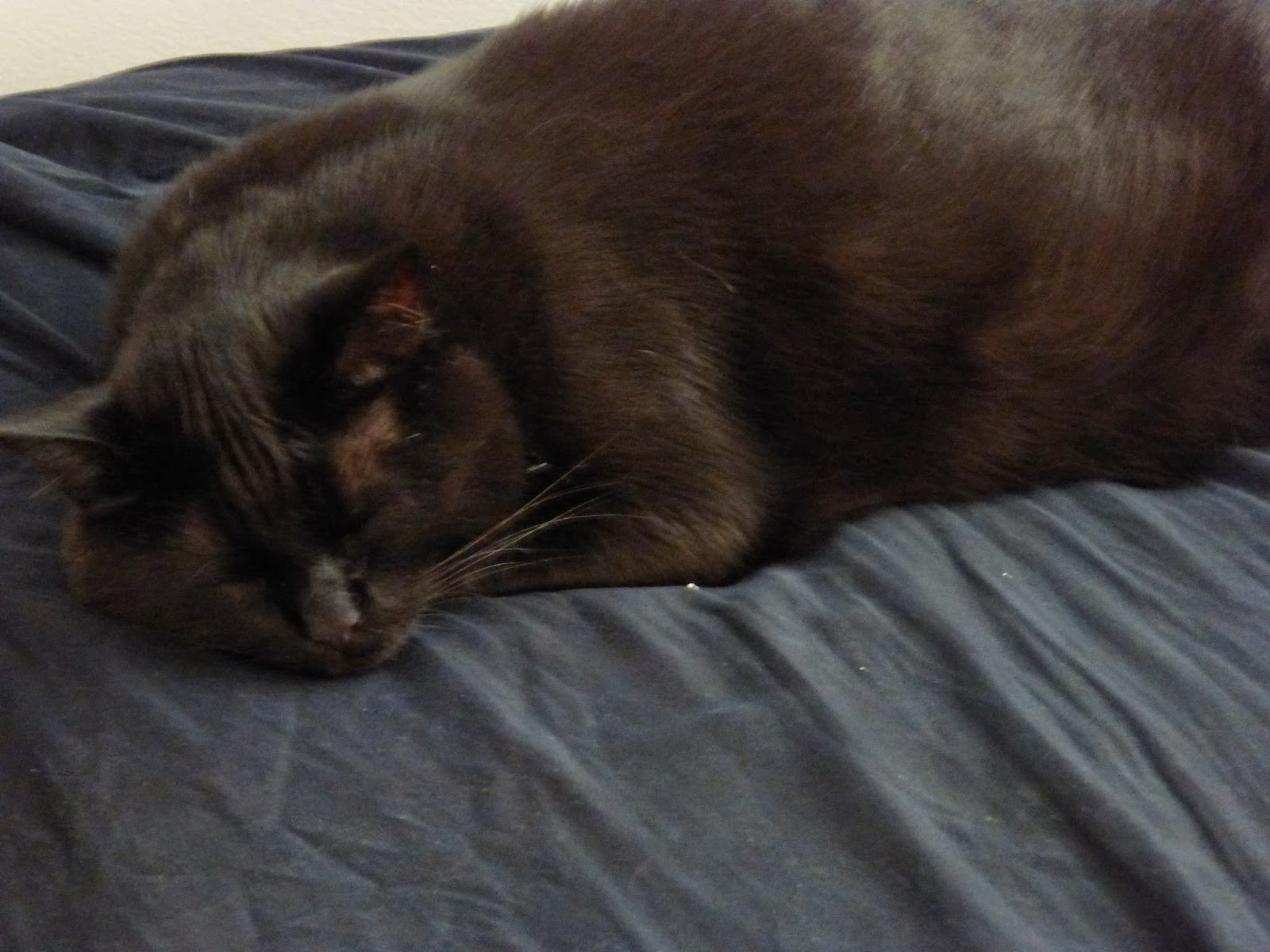 .....(and yes, that's what he does most of the time)... And our new addition to the family, a puppy we rescued and named Zelda: 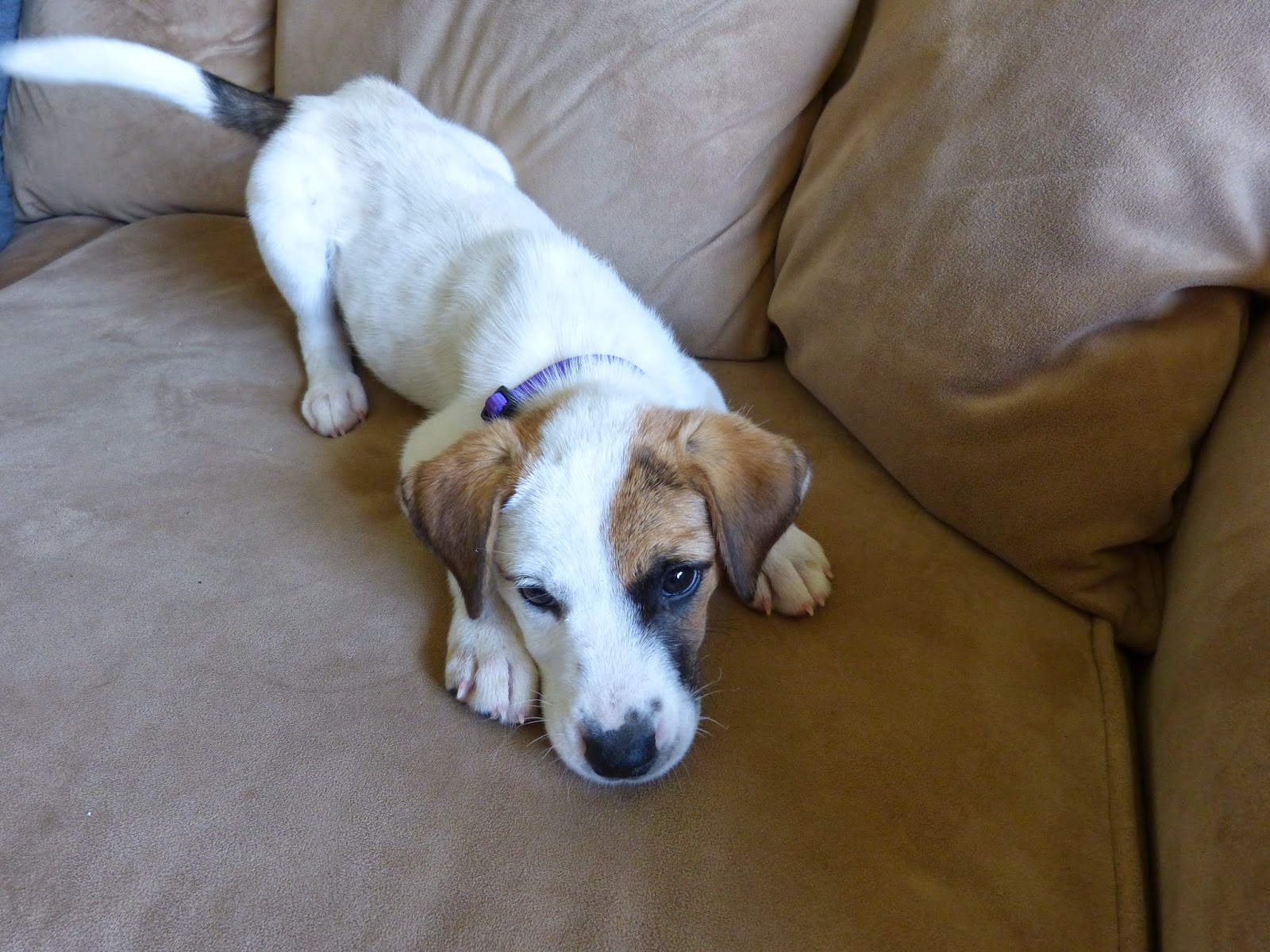 We think she's a mix of Australian Shepherd, Blue Heeler, and Great Pyrenees. Aside from minor puppy-related annoyances (peeing in the wrong spot, gnawing on everything, and being super hyper 99% of the time), she's fantastic. She's very smart and well-behaved, and she and Alexi are good buddies already.

When I'm not writing, I'm usually playing guitar or gaming on my totally swanky console-crushing gaming PC. I do love to write though, and not just about religion. I spent nearly a decade as a writer for the gaming webzine GameCritics, and I've toyed with reviving my game-related writing with a blog I started last year called PC Gaming Are Yes!, which is called that for no reason whatsoever.  I also have an old blog called Moon Waffles (a Simpsons reference) and one related to my music interests called Demonic Art. But while I love to write, I'm terrible about writing. I think I've just lucked out to have a small but engaged readership here at The A-Unicornist, because truthfully I'd probably dedicate more time to one of my other blogs were it not for the fact that I really do enjoy the debates and discussions here.

Musically, I'm a pretty die-hard metalhead. My current obsession is the new album Titan from Septicflesh, but in general I listen to stuff like Opeth, Children of Bodom, Behemoth, Fleshgod Apocalypse, Dimmu Borgir, Scar Symmetry, and lots of instrumental stuff — Animals As Leaders, Paul Wardingham, Jeff Loomis, Andy James... lots of guitar wizardry, toward which I aspire as a player (but have a ways to go!). Here's a track off the new Septicflesh album to give you an idea of how beautifully dark and abrasive I like my music:

I'm also a major sci-fi nerd. On Netflix and Amazon Prime I pretty much just hop from one sci-fi show to another, which are mainly background noise while I practice guitar. I've watched every episode of every Star Trek series, BSG, Warehouse 13, Eureka, and lots of others. I'm currently binge-watching Stargate SG-1.

Oh, and I love to cook. Vanessa and I are both foodies. We eat at trendy restaurants not because we're hipsters, but because we just love trying new food. We cook often, and often cook together.

So, that's me. This blog is fun, but my atheism is a microscopic part of who I am. Most of the time, I'm too busy enjoying life to worry about people like this: 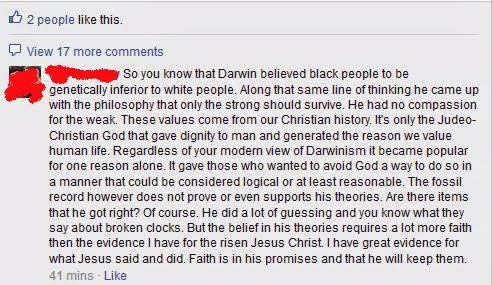 But then, every once in a while, I feel like this: 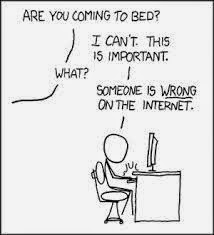 And that's why this blog will probably be around for a long time to come, even if life gets in the way now and then.