Why you will never win an argument with a Christian apologist

- October 27, 2014
Somewhat randomly (by way of a Facebook conversation) I stumbled across an old post on Common Sense Atheism, the archives of which still make for great Sunday reading, in which Luke Muehlhauser took famed theologian (well... among people who know about theologians) William Lane Craig on his bizarre rationale for believing in Christianity: the "self-authenticating witness of the Holy Spirit".

I've always found it absurd, because simply believing that one can have a "self-authenticating" experience of the Holy Spirit requires that you already believe the propositions of Christianity to be true. Because obviously, if you are in the camp that believes the Holy Spirit to be imaginary, you can't well sincerely pray to and experience something that you don't think actually exists. This makes the foundation for Craig's faith the most atrocious example of circular reasoning since... well, since his rationale for believing in the Kalam, but that's a topic for another day.

In any case, I found this excerpt from Luke's post to be very much on the mark:

Christians do not believe in Jesus because of the ontological argument or the cosmological argument or the teleological argument. They believe in Jesus because they were raised that way, or because Christian faith filled a need in their life, or because they had a weird experience that they interpreted as God, or because they just felt God must be real. All these complicated philosophical arguments are just post hoc justification: Christians found their conclusion first, and then looked for justification, content to find whatever seemed to support their cherished personal beliefs. (This process is a nearly unavoidable fact of human psychology called confirmation bias, not exclusive to theists.)


That, to me, marks a stark and critical distinction between believers and skeptics. I am an atheist precisely because of the arguments. I've heard just about every apologetic argument out there, often in a variety of forms, and found them all equally obtuse and unpersuasive. Yet, as implausible as it might be, I'm at least in principle open to the idea that I could be persuaded that a god or gods exist, or even that one religion or other is true, given the right evidence or argument. That's the nice thing about an evidence-based worldview: what you believe is contingent on evidence.

But for Craig and many others like him, the arguments of theological academia exist only as a convoluted rationale for pre-existing assumptions, like an engineer writing a complex and technical essay espousing the rigidity of a house of cards. And that's the problem: you can't get from here to there. You can't go from the null hypothesis to "God exists" or "Christianity is true". Perhaps that's why believers seem more preoccupied with conjuring up rationales to defend their beliefs as rationally justifiable — Plantinga's sensus divinitus, Craig's self-authenticating Holy Spirit, Rauser's properly-basic testimony — instead of articulating why anyone should adopt the assumptions of theism, and Christianity, in the first place.

I'm reminded of another great (as in terrible) article from William Lane Craig in which he tried to deflect criticism of the Kalam as follows:

Yeah! Why is this convoluted and ambiguous concept I believe in impossible? Do you atheists think you know everything? Can you provide defeaters for my preconceived assumptions?

Apparently lost on theists is the fact that defending an assumption that is already held is not that same as demonstrating that it is true. Sure, I doubt anyone could demonstrate that God could not possibly "timelessly sustain a number in existence" — not withstanding the conceptual ambiguity inherent to such a claim (what is "timeless sustaining"?) — or that "timeless causality" is impossible, again notwithstanding its inherent conceptual ambiguity. But so the hell what? An atheist or skeptic's job is not to demonstrate that a theist's propositions cannot possibly be true. We simply have to show that their arguments do not demonstrate them to be true.

It's like someone claiming that substance dualism cannot be proved false. They're right! Substance dualism cannot, under any circumstances, be shown to be false. That's because it rests upon foundational assumptions that are inherently unfalsifiable. Whatever a 'spiritual substance' is, it's not empirically detectable, and the theory of substance dualism cannot make any testable predictions about the behavior of the human mind. Instead, it's a bit of cute speculation that rides the coattails of scientific inquiry. Scientists have working models of consciousness and the brain that make no use of supernatural assumptions at all, and these have illuminated far more about the mind than dualism ever has (which is to say, nothing). Yet certain people (many of them theists who believe in an afterlife) cling to substance dualism by citing gaps in scientific knowledge (the old argument from ignorance) and proudly claiming that dualism hasn't been shown to be false.

Looking back on my countless debates with Christians, a consistent theme I come across is how quickly they shift the goalposts: first asserting that they can show, either logically or evidentially, that God exists; then, upon their propositions being exposed as dubious, retreat to the old You can't show it's false defense. They seem to miss the critical middle ground between True and False: Unsupported.

Someone like David Fitzgerald, who thinks Jesus was not a historical person, does not need to conclusively prove that Jesus did not or could not possibly have existed; he only need show that the evidence for a historical Jesus is weak enough to justify rational skepticism. If I'm debating an essentialist who claims that 'essence' is a real ontological property of things, I don't need to categorically prove it to be non-existent; I only need show that the concept of 'essence' rests on conceptual ambiguities and dubious philosophical assumptions, and therefore a skeptic has no rational obligation to take it seriously.

And there's the rub: I once mentioned what I called the rational agnostic, and challenged Christians to place themselves in his or her shoes. Because that's where we all ought to start: from as blank a slate as we possibly can. Is the natural world all there is? I don't know, but I've never found a reason to take supernatural claims about the world seriously. Does a god or gods exist? Possibly, but I've yet to hear a concept of God that doesn't rest on semantic ambiguity, much less one which can demonstrate that God has interacted or does interact with the world. I am, like most atheists these days, agnostic about many things — including the existence of a god or gods. Unfortunately, this distinction seems almost immediately lost on theists, who quickly resort to claiming that their arguments can't be demonstrated to be false. I doubt that's going to change any time soon because, as Luke Muehlhauser so concisely articulated, the arguments aren't the reason believers believe in the first place.


Also, remember how I'm not blogging? Okay, so I had some downtime today after some clients cancelled, and this was on my mind because the whole Facebook convo that sparked it. But hey, I'm getting married on Saturday and then going on a totally kickass honeymoon for a week, so I'll probably be on the dl for a while. Thee ya! 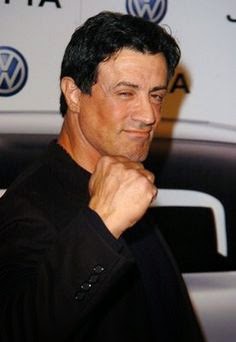