Toward an Understanding of the Mind: Introduction

- January 02, 2015
I've been fascinated by the mind for as long as I can remember. I minored in psychology in college, and I remember being especially fascinated with cognitive psychology. My psych courses had a habit of disabusing me of many of my long-held beliefs. In one of my first psychology courses, a section on the psychology of possession disabused me of the notion that my 'spiritual' experiences as a young Christian were unique; in fact they were common to people all over the world, from a litany of major, minor, and tribal religions. In part of my cognitive psych course, I was disabused of the romanticized view of dreams, which are little more than random firings of long-term memory, unencumbered by an influx of conscious sensory data. My fascination with the mind has continued over the years — I've read quite a few books on cognition and memory, I follow neurologist Steve Novella at his excellent blog, and I always enjoy the occasional issue of Scientific American Mind. 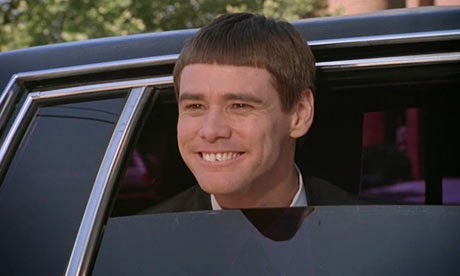 This blog has generally centered on theological and philosophical issues, and in my time here and in various other blogs' Disqus threads I've crossed paths with lots of people who don't seem so much fascinated with the mind as they seem dedicated to rationalizing a certain set of theological propositions. The existence of a soul is a vital part of most religions and certainly a major backbone of Christianity. If you think about it, one of religion's greatest objectives is to do away with death entirely; there is no real 'death', only the end of our physical existence. After this life, our minds continue to live on in some ineffable way, possibly for all eternity.

The need to preserve this believe is, in my estimation, the sole motivation behind dualist views of the mind: that human cognition is ultimately the result of two interacting substances: the physical brain, which processes sensory data; and the non-physical mind, which governs our process of reasoning. The extent and type of interaction varies among the various types of dualism, but the overarching theme is the same.

This is in contrast with scientific theories of the mind, which are overwhelmingly monist — that is, there is only one 'substance' at work — physical matter. The use of the word 'substance' in this context has a vaguely Aristotlean-Thomistic ring to it that I think may obscure the fact that monist theories are really just operating on parsimony — they are not postulating any non-empirical components to the mind. As with dualism, there are many varieties of monist theories of mind. The area that has fascinated me the most, and what has been gaining steam in the field of cognitive science, is the theory of embodied cognition. This is the view not just that we need a body to reason — even dualists agree with that, since we take in sensory data through the body; rather, it's the rather radical-sounding idea that the very structure of our reason stems from the details of our embodiment, and that our very process of reasoning is inherently metaphorical.

I'll talk much more about embodied cognition later, but I'm going to start this series by detailing some of the problems that both monist and dualist theories of mind face. My bias isn't exactly hidden here, and I think it'd be disingenuous to pretend otherwise. Nonetheless, I hope to represent the general difficulties with both theories as fairly as I can. A monist view of the mind isn't some easy-fix solution to the mind-body problem; in many respects, a dualist view can seem (at least at first) to offer a more sensible solution to the problem. I'll give a primer on representational and computational theories of mind and how they differ from embodied cognition, and ultimately I'll argue that the theory of embodied cognition can resolve the mind-body problem and, in the process, undermine some longstanding philosophical and scientific assumptions.

In the meantime, if this is a topic that interests you, I encourage you to click the embedded links and peruse the various articles to get an overview of the topics I'll be discussing.

Next: The Mind-Body Problem

(An index of the series will be updated with each new post).