Showing posts from March, 2015
Show all

Is there a greater threat to human rights than religious fundamentalism?

Just a recap of some items in the news so far in 2015: A blogger in Egypt was sentenced to a thousand lashes with a cane (in public) for insulting Islam. Amnesty International, last I checked, is still petitioning for his release. [ 1 ]  In Afghanistan, a woman was beaten to death after being falsely accused of blaspheming the Koran. [ 2 ] Sweden is scrambling to restore relations with Saudi Arabia after a diplomat rebuked the country's treatment of women, and Saudi leaders responded by threatening trade relations with Sweden. [ 3 ] Muslim extremists killed several people over a cartoon. [ 4 ] Here in the US, conservative religious Indiana legislators passed a law legalizing discrimination of LGBT citizens. [ 5 ] In my home state of Oklahoma, legislators are trying to pass a law that would ban non-religious marriages. [ 6 ] That's just what I can think of off the top of my head. I'm sure with a little digging, I could find much more vile, contemptible inhumanity
Post a Comment
Read more...

Hubble is a lie

Surely many of us have marveled at the stunning photographs that the Hubble space telescope has given us. I mean wow, what an amazingly, incomprehensibly huge and marvelous universe we live in! Who can forget amazing shots like the famous Horse Head Nebula: Or the astounding Pillars of Creation: Or, my personal favorite for sheer You are insignificant humility, one of the many Deep Field photographs showing thousands of galaxies in what, to us, would be a barely perceptible speck in the sky: I mean wow. Space isn't just incomprehensibly large — traveling between any two stars in the above nebulae would likely take, with our current technology, tens of thousands of years — it's also beautiful . It's like God is some sort of cosmic artist ! But it's a lie. Space doesn't look like that, at least not to human eyes. I mean the question of what space "looks like" is kind of odd when you think about it — alien creatures who percei
Post a Comment
Read more...

Pre-thoughts on the Rauser/Schieber debate 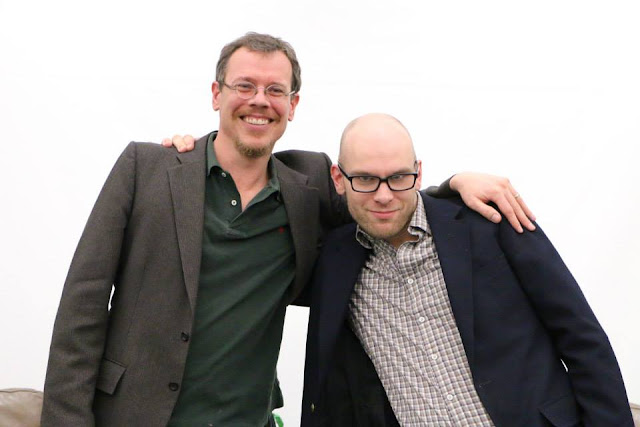 The audio and/or video for the recent debate and discussion between Randal Rauser and Justin Schieber isn't available yet, but on his blog the other day Randal did a short podcast in which he reflected on the debate and summarized his thesis. With the rather huge caveat that for all I know Randal's more detailed arguments fully address my objections or that Justin had similar thoughts to mine, I wanted to offer some quick thoughts based just on the outline that Randal posted. You can listen to the clip (it's relatively short) on Randal's site  here . First, a point of agreement with Randal: his thoughts on debates echo my own. I think they tend to be rather unproductive, that the audience is rarely comprised of 'fence sitters', and that they often exacerbate an adversarial attitude between believers and non-believers. I suppose the only difference between Randal and I is that in the last six months or so I've come to feel the same way about lengthy interne
Post a Comment
Read more...

Arguing on the Internet

Remember this meme (now quite politically incorrect) from the early aughts? Remember that time when you had a protracted debate with someone on the internet, and they thanked you for persuading them to change their views? No? Of course you don't, and there's a scientific reason why such debates — in which we comb through each other's arguments point by point and construct rigorous rebuttals and arguments — are not just un productive, but counter productive. With all the news about anti-vaxxers, you've probably heard of the backfire effect .   This means that when people are confronted with evidence that undermines their point of view, they actually get more entrenched in their opinion. And by "people", I mean you .   And me. Everyone. Nobody is exempt from this phenomenon. Much as haughty thinkers and philosophers would like to think otherwise, humans are not particularly rational creatures; at least, not in the way that philosophers have traditi
Post a Comment
Read more...

- March 03, 2015
In my a recent post , I dug through a book that had been very influential to my thinking in my early days as an atheist (circa 2008) — Religion Explained by Pascal Boyer, which looks at religion from the perspectives of cognitive psychology, evolution, and sociology. That nugget of nostalgia got me thinking about another book I read around that time — Richard Dawkins' landmark book The God Delusion . Love it or hate it, there's no denying that TGD has been a monumentally influential book. It spurred apostasies, brought public debate about religion into the cultural limelight, inspired non-believers to speak out, and provoked a backlash from Christian apologists that continues to this day. Dawkins' book didn't accomplish that single-handedly (that might be giving it a bit too much credit), but it was certainly a timely publication that, along with other popular polemics like Christopher Hitchens' God is Not Great and Sam Harris' The End of Faith , helped inspir
Post a Comment
Read more...
More posts