Showing posts from April, 2015
Show all

It's okay to make fun of religion 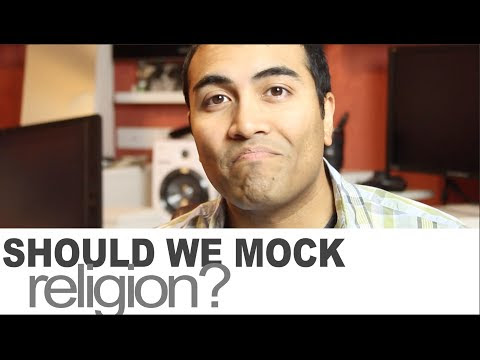 Nearly ten years ago, Richard Dawkins stirred the pot with The God Delusion , which spent a significant portion of its text discussing the veneer of respectability that religious people demand, and how important it is to subject religious ideas to the same scrutiny and criticism to which we would subject any idea in the public forum. I'm glad that in the last ten years, lots of debate has opened up about religion. But let's be honest — the overwhelming majority of debates go positively nowhere. It's just a matter of time before an impasse is reached, both sides defiantly entrenched in their conclusions. I experienced this quite often here on T he A-Unicornist [ 1 ], and recently experienced it in a predictably fruitless debate with Randal Rauser [ 2 ]. Right now, my email is getting notifications from Disqus as similarly fruitless debates play out in comments right here in some of the older posts on this blog. But earlier this week on   The Friendly Atheist , Hemant
Post a Comment
Read more...
More posts