- February 27, 2015
My introduction to Leonard Nimoy was Star Trek II: The Wrath of Khan, probably spun from a TV-to-VHS cassette recording like we did back in the 80s. More recently, he was brilliantly sinister in Fringe, which I thought to be one of the best science fiction shows on television in quite some time. Recently I made my way through all of the various Star Trek series, including the remastered original series which I found to be surprisingly contemporary and well-written. In interviews he exhibited an unassuming warmth that belied his tremendous success and influence and, while obviously I didn't know him personally, I hear that friendliness was simply part of his character. He was, of course, most famously known for his long and illustrious acting career, particularly for portraying Spock; but he was also a poet, a musician, and a photographer.

I read a few days ago that he'd been hospitalized, and I knew he suffered from chronic obstructive pulmonary disorder. But even though he was 83, the thought that we might lose such an iconic and beloved public figure never really crossed my mind. It's easy to take for granted how fleeting life is, and just how vulnerable we really are.

With the news of his death today, I thought of his last line in the 2009 reboot of Star Trek, in which his on-screen words seemed to reflect an off-screen passing of the torch to a new generation of explorers:

Since my customary farewell would appear oddly self-serving, I shall simply say... good luck. 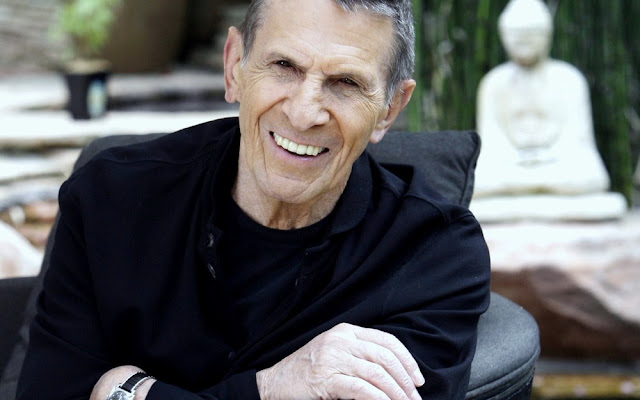