And just a couple of months ago, the passed legislation that would ask voters to restore the 10 Commandments monument to the Capitol after the state supreme court ruled it unconstitutional.

Now look, this is bad enough. Most of this legislation is flagrantly unconstitutional. Our governor Mary Fallin, by most accounts an incompetent stooge, at least had the foresight to veto the abortion law and save the state hundreds of thousands in legal fees from a sure-loss court case.

But here's what really grinds my gears: shit is bad in Oklahoma, and a good deal of it is the legislature's fault. Years of Laffer-Curve economics has led the state to a record budget shortfall that is threatening funding for medicaid, teachers, schools, public attorneys, and much much more. And Oklahoma is just one of many GOP-led states whose Laffer-Curve policies have led to steep red ink. 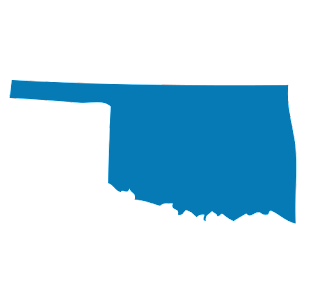 You'd think this would lead to a little introspection among the legislature: Golly, maybe supply-side economics aren't working! Pfff. Of course not. Tax cuts have become such a central part of the GOP milieu that it's unfathomable that a candidate would campaign without them. Conservatives love to chide Bernie Sanders supporters for wanting "free stuff", while presumptive GOP nominee Donald Trump offers a tax-cut plan that would cost nearly $10 trillion over the next decade, with most of the cost coming from cuts to top earners. But hey, I guess that's just "free stuff", right?

At a time when the state legislature should be hard at work on solutions to these problems, they're passing frivolous laws and pandering to the most extreme of their constituency. Unsurprisingly, the non-profit Center for Public Integrity and Global Integrity gave Oklahoma an "F", citing a lack of transparency, corruption, inequality, and access to public information. The one bright spot is in the state's auditing office, which independently found "fraud and waste across a broad spectrum of public bodies".

It's not entirely clear what can be done in the short term. I just hope that the widespread knowledge of the legislature's incompetency inspires more urban young people to get out the vote.