On Milo Yiannopoulos' critique of Islam

- July 11, 2017
Milo Yiannopoulos is often painted as an anti-Islamic bigot by his leftward critics, perhaps rightly so. For my part, my introduction to Milo's critical thought process was an article for Breitbart in which he argued that women should be forbidden from pursuing science and math degrees because they tend to change career trajectories later in life. My initial assessment was that his rhetoric consistently has a throw-the-baby-out-with-the-bathwater flare to it, in which some nuggets of truth are used to argue for solutions to problems that don't exist. I wanted to see if this instinct would be correct regarding his views on Islam, so I watched on of his talks and read some articles and interviews about his views on Muslims and Islam. 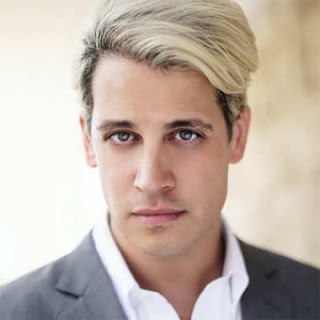 Milo makes a compelling point in arguing that mainstream Islam is a problem. This is not all that divorced from something that, say, Sam Harris might argue. In Saudi Arabia, as in many other Muslim nations, women are severely oppressed. Gay people can be imprisoned, tortured, or executed. Violent religious propaganda is taught in schools. This isn't happening just in some remote, violent faction of Islam; it's happening on a mass scale in Islamic nations. The following documentary paints a grim portrait of life inside Saudi Arabia, who is one of the United States' key allies:

This is what Milo means when he refers to "mainstream Islam." Those on the left, like Rezla Aslan and his supporters, sometimes defend Islam so passionately, painting the extremists as a very small number, that it is easy to overlook the fact that violence against and oppression women, gay people, and non-Muslims is standard practice in many Muslim countries.

The Pew did a comprehensive survey of Muslims all over the globe and found a disturbingly high amount of support for Sharia Law, strict laws regulating the rights of women, and prejudice against homosexuality. On the upside though, the Pew found that a strong majority of Muslims are opposed to religious violence, and that many want a peaceful co-existence with other religions. Most encouraging was that American Muslims were most likely to desire a more secular society; their cultural views appear to align with conservative Christians.

Where does that leave Milo? He blames "politically correct" culture for pandering to what he sees as a dangerous ideology, saying,


“The left has got to make a decision,” he said. “Either they want female emancipation and it wants gay rights or it wants Islam. It’s got to pick. “America is the greatest country in the world. It is a country founded on freedom, freedom of movement, free enterprise, property rights, the rule of law, the First and the Second Amendment. Those principles have created the greatest country in the world. Those things are under threat from an alien culture that respects none of those principles.”


What disturbs me about Milo's rhetoric is that the nugget of truth—that Islamic countries consistently have abysmal human and civil rights records—overlooks not only the far more moderate views of Western Muslims, but the threat from Christian religious conservatives as well. Right now in Chechnya, gay people are being imprisoned, tortured, and executed; the Russian government has passed laws tacitly condoning the oppression of gay people. And American Christian bigotry against Islam is no less disturbing, with refugees being conflated with religious terrorists and calls for mass deportation of Muslims. This tacit acceptance of Christian bigotry is no less "politically correct" than Rezla Aslan's pandering to cultural inclusiveness.

This, in a nutshell, is why people like Milo are dangerous. Their rhetoric contains enough truth to provide a compelling hook, but is then used to justify a prejudice that fails to align with reality. And it's why it's easy for his supporters to dismiss critics who paint Milo as an incendiary ignoramus: his rhetoric—though ultimately wrongheaded—is calculated and well-informed, and must be addressed accordingly.