Why Veganism has failed (and what can be done), part 1: the data

- August 04, 2017
With the proliferation of documentaries like Earthings, Forks Over Knives, and Food, Inc., it's easy to get a sense that a rejection of animal agriculture is gaining traction in our society. Animal-welfare billboards dot highways. Protesters line up outside of slaughterhouses. Farm sanctuaries "rescue" animals from slaughter. Undercover activists record heartbreaking animal abuse in factory farms, sometimes spurring legal activism. Millions of dollars are raised for animal welfare non-profits, like the Farm Sanctuary. And for a while, particularly if you're surrounded by like-minded people, it might seem like this is starting to have a real effect, that things are changing and supporters of animal agriculture may soon be proved to be on the wrong side of history. But much like being in a small but growing evangelical church while national religious affiliation drops precipitously, the appearance of growth is largely an illusion. Veganism is not growing significantly, but animal agriculture still is. Improvements in animal welfare standards, if they happen at all, happen in such small increments as to be a veritable pebble off a mountain. 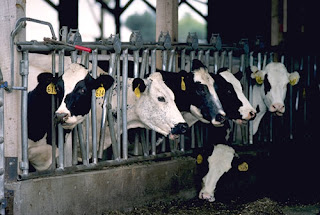 In this essay series, I'm going to look at the failure of veganism to impact society's lust for animal products. Full disclosure: I'm not a vegan, or even a vegetarian. To some vegans, that simple fact makes me an enemy of animal welfare. If that's the case—if you truly believe we cannot reach common ground—then best not to waste time reading what follows. But if you don't see the world in such a binary way, and if you're concerned about the problems with plant-based consumption gaining traction in our society and what might be done about it, then read on.

It's an inconvenient truth that veganism is a failure. But let me be absolutely clear by what I mean by "veganism". I do not mean the personal choice to avoid animal products. I fully support any individual's right to consume as they see fit. I'm sympathetic to many of the arguments regularly made by vegan activists regarding animal welfare, the environment, and our health. And I absolutely do not approve of the marginalization of vegans—the classic, "Aren't you going to have some meat with that salad?" kind of condescension that has no place among conscientious eaters (or just, you know, people who aren't assholes).

The veganism to which I'm referring can better be thought of as vegan activism. I take that to entail a few assumptions:
It is this type of veganism which, in my view, is a failure. But clearly, before I can talk about why it's failed and what could be done instead, I need to present some hard data to show that it has, indeed, failed.

1. The percentage of vegans and vegetarians has remained relatively unchanged, and meat consumption is rising.

If you're a vegan, the headlines are encouraging: 16 million people in the US are vegan or vegetarian. Interest in veganism is rising. Meat eating is becoming passe. The first of these articles notes that meat consumption dropped between 2007 and 2012 by 12.5%.

But this is misleading. A Gallup poll showed little change between 1999 and 2012, with only 2% identifying as vegan [1]. A study by Faunalytics found only .05% of the population identifying as "vegan", 2% as either vegan or vegetarian, and 10% as former vegans or vegetarians [2].

Meanwhile, meat consumption is rising quickly [3]. While vegan activists might like to believe that consumption fell in the aughts because of increasing awareness, the truth is that it fell because of rising oil and feed prices, adversely affecting supply.

The same study by the Humane Research Council found that former vegans/vegetarians outnumbered current ones by five to one, with 84%—that's about five out of every six—of vegans and vegetarians eventually return to to eating meat. The mean is about eight years. Additional research bolsters these estimates [4].

3. Animal welfare standards improve marginally, if at all

Currently, there are no federal laws governing the welfare of farmed animals [5]. With no federal protections and a powerful animal agriculture lobby in Washington, the prospects of ensuring national animal welfare standards are grim. Some states have passed modest improvements in animal welfare standards, such as prohibiting the use of gestation crates and other types of close confinement [6]. However, many of these laws can take years to be phased in, during which time they could be overturned or producers could move out of state.

A recent study on the Mediterranean Diet indicated that access to a quality and variety of nutritious food presented a significant barrier for those on the poorer end of the economic spectrum [7]. While this is not a vegan diet, it is nonetheless very heavy on plant-based foods and limits the consumption of animal products. Research shows that poorer neighborhoods often lack access to grocery stores entirely, with most of the available food coming from convenience stores and fast food [8], [9].

The privilege of eschewing animal products is not only an economic luxury in the U.S.; globally, animal agriculture is integral to fighting malnutrition and famine [10], [11], [12]. Even plant-based agriculture is dependent on animal agriculture due to the necessity of manure as a fertilizer. So called "green manure" (plant-based fertilizer) may eventually be an alternative to manure [13], but it's unlikely that manure will become unnecessary anytime soon [14], [15].

Revisiting my three premises of vegan activism above, we can see some problems with the fundamental assumptions of veganism. Whether one regards animal agriculture as intrinsically immoral or not, it is nonetheless essential to food security on both a national and global scale. Moreover, because veganism has both significant socioeconomic barriers and a very high rate of recidivism, it stands to reason that telling people to reject animal products entirely is misguided and likely counterproductive. As we'll see in the next part in this series, simply encouraging people to reduce may be much more effective and practical. But communicating this message effectively is important too—and I'll use some evidence from cognitive science to argue that many times, well-meaning vegans frame the issue in a way that makes it less likely that people will reduce their consumption of animal products.