- November 14, 2018
Tonight I was lying in bed with my wife and our three dogs. As we lay there laughing and loving on them, I said, "I never thought my life would be this good." But as I was laughing, I was crying, too. Tomorrow my wife and I will meet with a family law attorney to begin mediation. After four years of marriage, we're getting a divorce.

It's hard to know exactly where things went wrong. Eight months ago, after a rather unfortunate and stressful night when one of our dogs got very sick, she said to me, "I want to break up." I was in shock. Neither of us had never said a word about splitting up. We had been going to a couple's counselor for a couple of weeks, after my wife told me we needed to improve our communication. Our counselor thought we were a pretty easy case. Suffice to say that in the next session, things became much more complicated.

After a few months of counseling, she filed for divorce. She did so in secret. The night she told me, I had asked her if she wanted to go out for gelato (a regular date night for us). She said yes, and even picked the place. I showered and changed, but when I walked into our kitchen I found her sitting solemnly at the table. I was, again, in shock. I'd made many changes based on things we'd discussed in counseling. We'd had some difficulties, but I expected counseling to be tough at times. Overall, things seemed to be getting better. 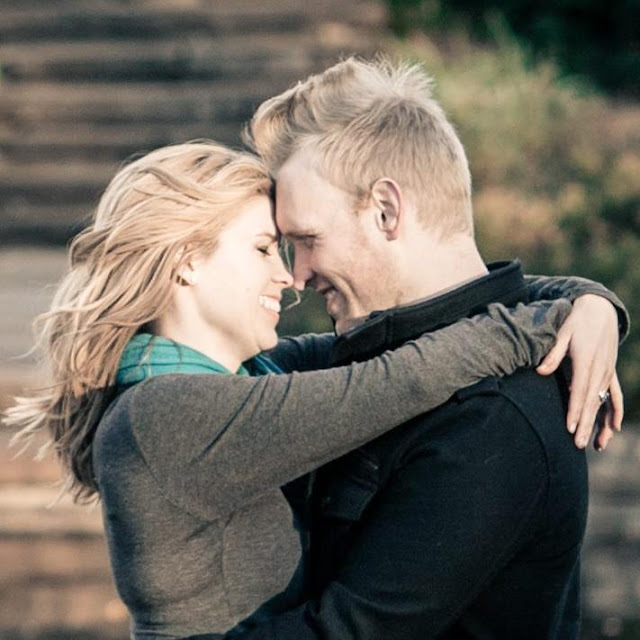 I managed to talk with her. We agreed to find a new counselor. In July, she withdrew the petition. We continued counseling for another six weeks or so. In between, our life was remarkably copacetic. We watched our favorite shows, went on dates, held hands, and managed our house and our furry companions with aplomb. We amicably shared cleaning, cooking, shopping, and taking care of the dogs. A fly on the wall would never imagine we were in such a dark place. And, again, I thought things were getting better.

But in early September, we met with our counselor, my wife in tears. She said, "I just can't" and "You deserve better than me." She was noncommital as to whether she wanted separation or divorce. We agreed we'd been putting a lot of pressure on ourselves, so we agreed to a tenuous quasi-separation. Since then, we've slept in separate beds, but our life mostly went on as usual. We're remarkably good at doing life together.

A month later, in early October, she said she was "done." She suggested we meet with a mediator and begin the process of divorce. We entered a strange loop wherein she'd tell me it was over, but then we'd start talking and she'd end up in tears and wanting to reconsider. She'd ask for time to process. A week of normal, enjoyable life would go by. Then she'd again tell me she was "done," and the cycle would repeat.

In September I'd begun seeing a counselor on my own. In a recent conversation, I expressed my exasperation at this cycle. He said indeed it seemed like we were spinning our wheels, and he encouraged me to tell my wife she needed to make a decision.

I did. And, I drew boundaries. My wife has often insisted we remain friends, and our daily life reflected our foundation of friendship (my counselor, puzzled, remarked, "that's the foundation for a great marriage"). I told her that I would not discuss our relationship if she expressed an intent to divorce me. Marriage is about compromise, teamwork, supporting and loving one another. I can only talk about my relationship with my partner. And I told her that as long as she expressed an intent to divorce, I would no longer spend time with her. I said, "You don't get to be my friend while you're breaking my heart."

A week after that conversation, she told me she wanted to talk. She said she wanted to try. We talked about moving forward together. There was much work ahead, but I was still deeply happy to hear her say those words. I even shared the news with concerned friends and family.

Yesterday when I got home, I asked her how her day was. She said we needed to talk. She told me that she'd had second thoughts, and decided instead to make an appointment with an attorney to begin mediation. I was angry. Hurt. And so tired of being hurt. After eight months of fighting for my marriage, I just have nothing left. She seems intent to leave, so I have nothing left to do but let go.

Our three counselors all told us the same thing: that our problems are both normal and fixable. They all told us that our strong friendship puts us ahead of many other couples, and that we have the foundation and the tools to resolve our problems. I honestly don't know why that hasn't registered with my wife. She acknowledges it, but it doesn't seem to leave much of a mark. She seems to have resigned herself to hopelessness, fear, and defeat.

Tomorrow we begin mediation to end our marriage. I love my wife more than anything. I think we have a wonderful life. While we have our challenges, I've never thought for a second that we couldn't work through them if we put our heads together. But she doesn't seem to share my optimism. Lying there in bed with our dogs, I broke down. My life is wonderful. I'm an incredibly lucky human being. She didn't shed a tear. She's seemed distant, as though she's already left me.

I know I'll be okay. She said she will give me the dogs. Which I appreciate, but it breaks my heart because those dogs make her so happy, and seeing that happiness in her eyes always filled me with joy. I'll have to find a new home and, with any luck, a new love. After six years together and four years of marriage, it's hard to imagine starting over. I really believed in us, and I still do. But it was not enough. I was not enough. And truthfully, I still don't fully understand the reason why. Perhaps I am not supposed to.

I wrote her a letter recently. I said, "Love and hope brought us together. Hope may be lost, but our love will endure forever."